London Northwestern Railway suggested that a plaque, dedicating the garden to Terry, would be a fitting way to remember Terry and his work. He was the driving force behind the flower displays at Bletchley station and initiated the project to renovate the garden in the station forecourt. The garden was completed during the summer and the flower displays are now maintained by members of MKMRS.

The plaque was unveiled by Terry’s wife, Susan, who was joined by their son and daughter, Adrian and Nicole, and granddaughter Raven.

Network Rail encourages its staff to take part in volunteering activities and London Northwestern Railway is looking to increase the number of station adoption groups across its network.

‘Our former Vice-Chair, Terry Silver, is greatly missed by all of us especially for his enthusiasm, drive and energy. We are delighted that London Northwestern Railway have provided this fitting tribute to Terry and I am sure he would have been very happy to be remembered in this way.’

‘London Northwestern Railway were delighted to install this plaque at Bletchley station in honour of Terry. Terry will always be remembered by our colleagues and customers for the fantastic work he did at Bletchley Station and his achievements with the Milton Keynes Model Railway Society. He is very much missed by everyone who knew him, but we hope that his garden and the amazing work which the adopters continue to do, will keep his memory alive.’ 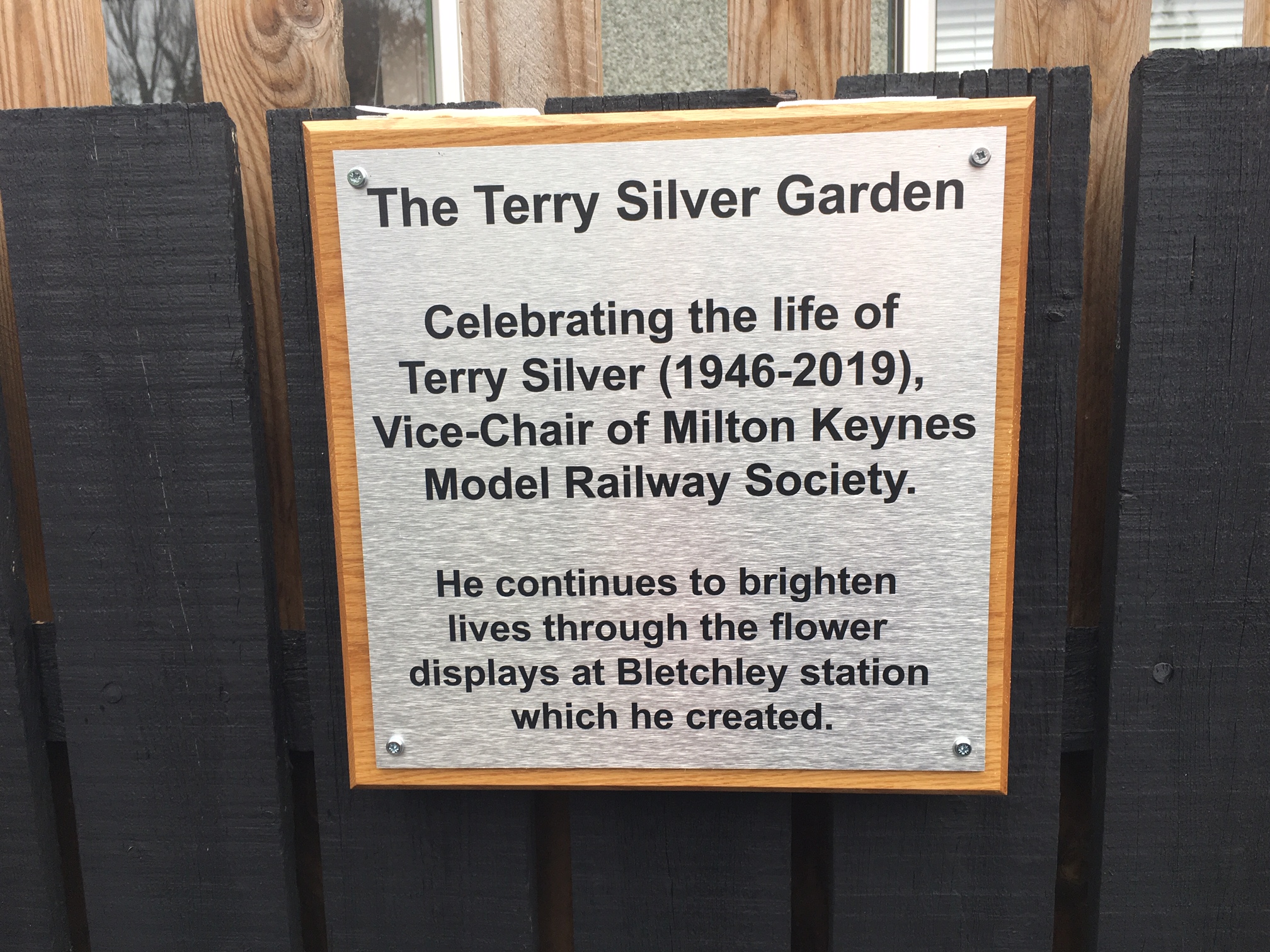