OUR GREAT FRIEND AND SUPPORTER… 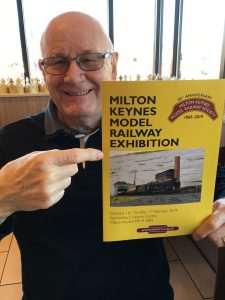 It is with deep sadness that we must report that our longstanding Exhibition Manager and Vice Chairman, Terry Silver, passed away in the late evening of Friday 19 July, 2019. He had been diagnosed very recently with Mesothelioma, an untreatable illness which is caused by asbestos damage to the lining of the lungs.

Those who knew him are in shock and trying to come to terms with what is a huge loss for us as individuals as well as for Milton Keynes Model Railway Society. Not only was Terry a great friend to many individuals within MKMRS but, as Exhibition Manager, he was the ‘face of the exhibition’ to many layout exhibitors, traders and manufacturers on the exhibition circuit.

Terry led our annual exhibition over many years, growing the profile of the show and the attendance numbers considerably. This year, as MKMRS celebrated its 50th anniversary, Terry pulled together a two day show which was attended by well over 3,000 people; this is a considerable achievement of which he could be very proud at a time when many competing entertainment activities are on offer. 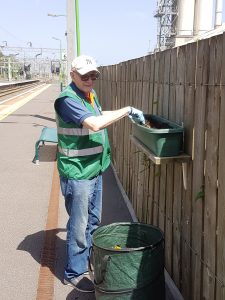 Terry worked not only with model trains, but also contributed to the main line railway. He was Chairman of the Friends of Bletchley Station, a group which was formed by MKMRS and works to provide an improved environment at Bletchley station.

Working closely with the local management team at London Northwestern Railway (LNR), Terry led the planting of flowers in tubs and troughs on the platforms, considerably brightening up the experience for passengers and staff at the station. The kind words about Terry from the team at LNR demonstrate perfectly how highly regarded Terry was by those who knew him and worked with him.

We will all miss Terry very much; the world will be poorer without his passion for life, his active approach to getting on with tasks and his sense of humour. However, Terry will be missed most by his family and is survived by his wife Susan, his son Adrian and daughter Nicole and her husband Brad, as well as his two granddaughters, Amy and Raven.

Charity donations in memory of Terry

If you would like to make a charity donation in memory of Terry, his family have asked that you give to Macmillan Cancer Support.

Donations can be made online and named in memory of Terry at: